Andrew was born and raised in Chesapeake, Ohio, and spent his school days at St. Joseph Catholic School in Huntington, West Virginia, playing on the no. 1 ranked Fighting Irish varsity soccer team.  He spent his college days studying Philosophy at Ohio Wesleyan University, serving as president of the Newman Catholic Community, and riding the bench for the NCAA D3 National Champion Battling-Bishops.  After college, Andrew joined the Conventual Franciscan Friars and spent 6 years in religious life, studying for the priesthood.  In 2017, Andrew took a year off of school to practice pastoral service at Mount St. Francis Center for Spirituality where (much to God’s amusement) he fell in love with his future wife, Melissa.  In 2018, Andrew’s Franciscan vows expired, and he and Melissa joined St. Frances of Rome.  Andrew began serving as the Director of Faith Formation for St. Leonard in addition to St. Frances of Rome in July 2020.

Andrew loves to learn about the faith and “geek out” while sharing knowledge (and maybe every once and a while something vaguely similar to wisdom) with everyone and anyone in the parish.  As Director of Faith Formation, Andrew coordinates Sacramental Preparation for kids and adults, Bible Studies, Religious Education, Family Ministries, and Youth and Young Adult communities.  He enjoys physical fitness, woodworking, Lou-City FC, bad puns, and playing Dungeons and Dragons with the kids of the parish. 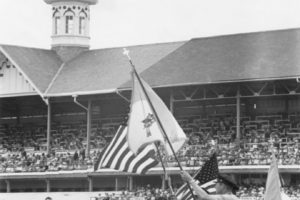 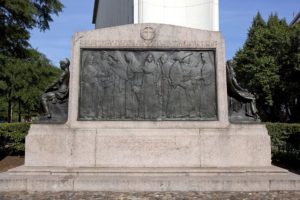